Lighting Upgrades in Our Plants 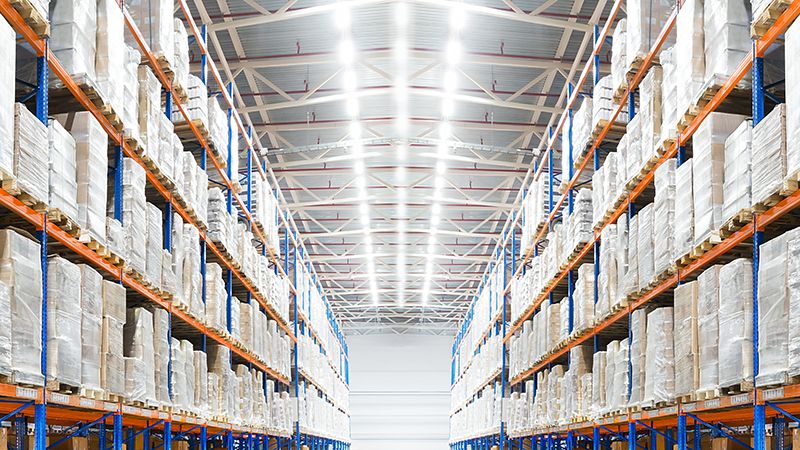 When team members arrive to start their day at one of our plants, the energy-efficient LED lights start turning on section by section as they sense movement. And as people leave an area, the motion-sensitive LED lights start dimming to save energy, and then turn off entirely after 30 minutes.

Replacing the 360,000-square-foot facility’s high-bay fluorescent lighting with programmable LEDs last year reduced its energy use by about 20 percent in the first half of 2017.

“The lighting upgrade posed a significant upfront cost, but we had a good business case: the energy savings will pay for the upgrade in three years’ time,” said Nathan Luke, senior environmental, safety and health (EHS) technician. “Based on the numbers we’re getting now, it looks like we’re going to exceed that goal.”

An added benefit is reduced waste to landfill. The LEDs offer a long lifespan of about 12 years, compared to fluorescent bulbs’ average lifespan of 2.7 years. Also, the LEDs can be recycled with other electronic waste, and don’t require special handling and disposal through a separate trash provider.

New Vidalia warehouse lighting pays us back in one year

Our company's Residential heating, ventilation and air conditioning (HVAC) & Supply facility in Vidalia, Georgia, is in the process of replacing fluorescent lighting fixtures with LED fixtures. Across town, the Residential HVAC & Supply warehouse is already reaping the benefits of new LED lighting installed earlier this year. A new addition to the warehouse boasts 268 LEDs, and a team recently replaced the fluorescent lighting in the existing warehouse with 617 LEDs and occupancy sensors.

Energy efficiency as productivity: a business decision in Curitiba

At our company's Commercial HVAC and Thermo King manufacturing facility in Curitiba, Brazil, the team implemented lighting upgrades last year. The facility’s older metal vapor lamps were nearing the end of their useful life, so the team replaced them with 364 energy-efficient LED lights. The upgrades reduced the facility’s energy spend on lighting by 79 percent.

“Not only are the new lights about 400 percent more energy-efficient, but they also last five times longer than the old ones and don’t contain any toxins,” said Maurício Jacobs, operations director for the Curitiba plant. “They also improve our work environment by casting better quality light, making it easier and safer for our team members to do their jobs.”

Another benefit of the LED lights is practicality. They can be switched on and off often without affecting their lifespan or light emission, unlike metal vapor lamps, which take several minutes to reach full brightness and suffer reduced operational life when they’re switched on and off frequently.