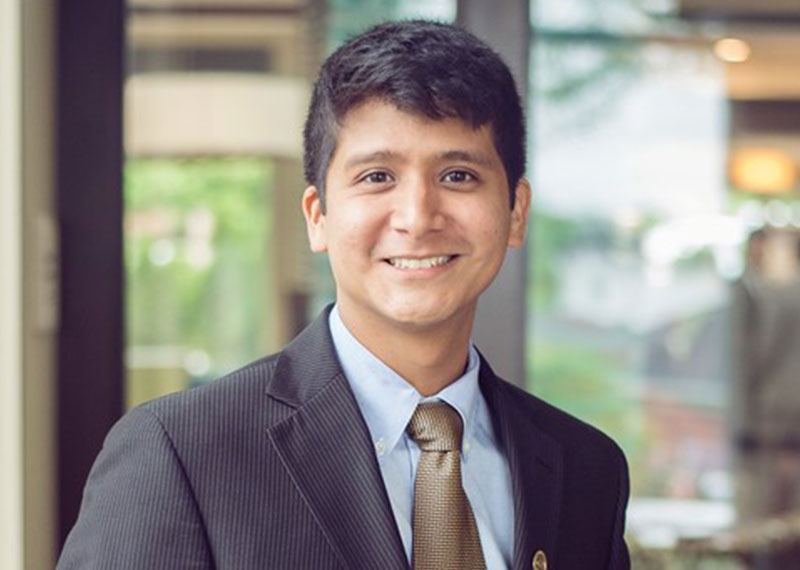 When Christian Solorzano was a kid, he felt awkward speaking Spanish to his parents in front of his friends. He was keenly aware that most of his friends only spoke English at home, and that his Latin heritage made him different.

“I had always played a passive role in promoting my own culture, and found myself adapting to the people around me, instead of expecting others adapt to me and my culture,” Christian said. “This contributed to my adaptability and flexibility, which I consider my strengths. But as I grew, I wanted to become more involved in promoting my culture and inclusivity. It’s now a priority for me.”

So he joined GOL

Christian is indirect procurement project manager at Trane Technologies, and he chairs Global Organization of Latinos (GOL), one of our eight Employee Resource Groups (ERGs).

“I first joined GOL as an enthusiastic steering committee member, and about a year later I was nominated to become a co-chair,” he said. “I’m incredibly fortunate to work for a company so committed to diversity and inclusion and have the opportunity to contribute to our inclusive culture.”

Core values and experiences are dimensions of diversity

Christian’s dimensions of diversity include his Peruvian heritage – he is first-generation American – and his upbringing in both New York and North Carolina. Early in his career, Christian worked in several cities across the U.S. and in Europe, exposing him to even more cultures and experiences.

“My core values of respect and integrity, and the different environments and cultures I’ve lived in, paved the way for sustainable working and personal relationships throughout my life,” Christian said. “I actively look for ways to connect with individuals from different regions, cultures and experiences. All of these factors influence my thoughts, ideas and behaviors and, ultimately, make up my dimensions of diversity.”

Christian says all of his experiences directly contribute to another strength – his ability to be empathetic.

“Living in many different areas and experiencing many different cultures in my short lifetime has helped me to become more empathetic and better able to put myself in someone else’s shoes,” he said. “This has been helpful throughout my career because I’m able to be mindful in my communication style and approach when I’m presenting to or speaking with others.”

Get to know Christian, his passion for inclusivity and how he made his role model’s dream come true

This Dimensions of Diversity series draws on the theme of our 2020 CEO Day of Understanding event, a dynamic conversation that empowered our people to examine what makes them diverse. We’re showcasing the people in our company who are propelling us toward our 2030 goals, living out our collective commitment to challenge what’s possible, and leading by example.

“I actively look for ways to connect with individuals from different regions, cultures and experiences. All of these factors influence my thoughts, ideas and behaviors and, ultimately, make up my dimensions of diversity.”