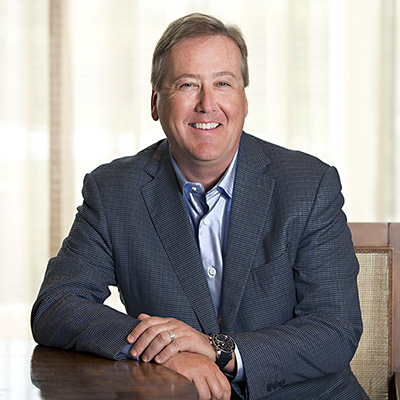 Michael W. Lamach is Chairman and Chief Executive Officer of Trane Technologies plc, a global climate innovator focused on sustainable solutions for buildings, homes and transportation. Trane Technologies was launched in 2020 upon the completion of a strategic transaction that created two leading companies – Trane Technologies and Ingersoll Rand.

Prior to Trane Technologies, Mike joined Ingersoll Rand in 2004 and served as president of the Trane Commercial business before being named the company’s president and chief operating officer. He was named chief executive officer and elected chairman of the Board of Directors in 2010. In 2019, the company announced a strategic transaction to spin off Ingersoll Rand’s Industrial segment and merge it with Gardner Denver, creating a global Industrial company, retaining the legacy name of Ingersoll Rand. The remaining climate-focused company was renamed Trane Technologies.

Prior to joining Ingersoll Rand, Lamach served in various leadership roles for Johnson Controls over a 17-year tenure, including group vice president and managing director for the European, Asian, South African and South American businesses of Johnson Controls’ Automotive Group.

Mike holds a bachelor’s degree in engineering from Michigan State University and a master’s degree in business administration from Duke University. He is the Chairman of the Board of Directors for the National Association of Manufacturers, and has served as a director for PPG Industries since 2015 and a member of Duke University’s Fuqua School of Business board of visitors since 2013. In 2019, Mike was named one of Harvard Business Review’s top performing CEOs and listed by Forbes among America’s 100 Most Innovative Leaders.